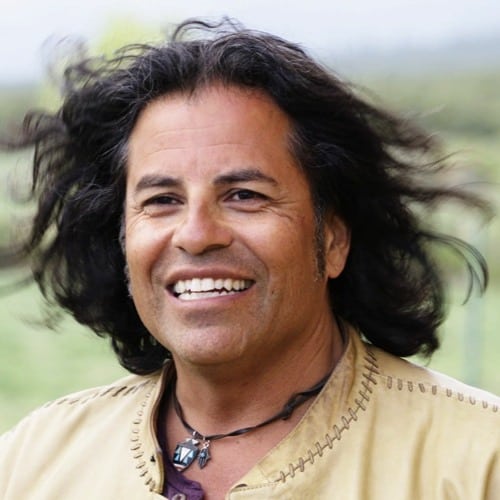 Stevie Salas is one of the most respected guitarists in the world today. He has played with the who’s who of music royalty including:
George Clinton
Justin Timberlake
Buddy Miles
T.I.
Mick Jagger
Rod Stewart and so many others.

Stevie has sold well over 2 million solo records while contributing to well over 70 different albums.

Stevie also brought to the screen the documentary, RUMBLE: The Indians Who Rocked The World. This profound documentary tells the story of the essential, and, until now, missing chapter in the history of American music: the Indigenous influence.

RUMBLE shows how these talented Native musicians
helped shape the soundtracks of our lives.

Welcome To The Music · Stevie Salas | RUMBLE: The Indians Who Rocked The World