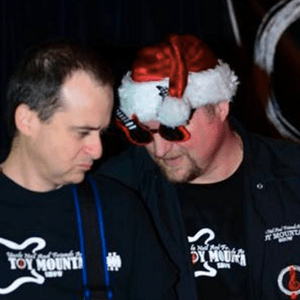 Two Left Feet is an acoustic guitar duo featuring Neil Haden and Mark Caruana. During their appearance they played:

Neil Haden is founder of the Uncle Neil and Friends Toy Drive. Mark Caruana is a high school teacher in Toronto.

Mark shared stories about repairing guitars for RUSH and his one of a kind phonograph collection.

Join Neil and Mark on December 11th at The Birchmount in Toronto.