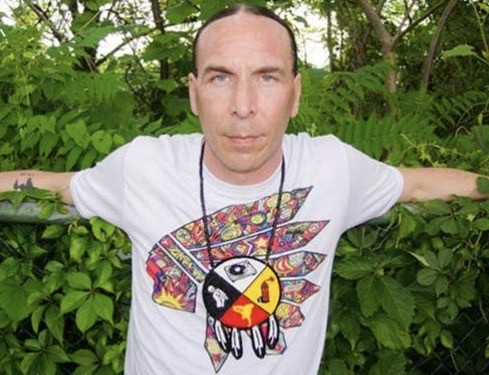 Toronto-born and bred, Indigenous multidisciplinary artist, producer, engineer and DJ, David Strickland – known for his work on some of the most iconic Grammy and JUNO-award winning records by Toronto artists and North American Hip-Hop progenitors alike – released his long awaited album, Spirit Of Hip-Hop, on June 29 via Entertainment One.

David’s perspective, “The DJ is the Drummer; the MC is the Storyteller, the B-boy is the Dancer and the Graffiti Artist is the Sand Painter” is rooted in Spirit Of Hip-Hop, as he emerges from behind the boards to share an embodiment of the teachings, art, traditions, and music of the community, aligned with his Indigenous heritage. Amongst an extensive collaboration roster, the album includes Indigenous rappers such as Supaman, Snotty Nose Rez Kids, Artson, Que Rock, Drezus, Leonard Sumner, Joey Styles, and more, while North American hip-hop legends EPMD, Saukrates, Def Squad (Redman, Erick Sermon, Keith Murray), Maestro Fresh Wes, and a posthumous verse from King Reign, are brought into the fold.

David is passionate about the plight of the Mi’kmaq people and recognition of his family lineage can be traced back by five generations. He is committed to restoring the dignity and respect stripped by an unconstitutional agreement that remove and denied Indian status from thousands of people.