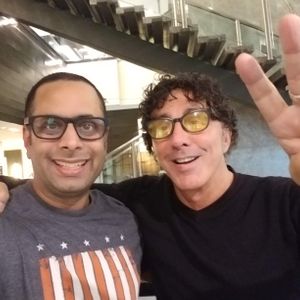 Tom Stephen spent the better part of two decades playing drums in and co-managing one of Canada’s top musical trios, The Jeff Healey Band. Tom recently wrote the book, “Best Seat In The House. My Life In The Jeff Healey Band” published by ECW Press.

I sat down with Tom Stephen for almost 90 minutes in a downtown Toronto lobby to talk about his life as a musician and to find out more about one of Canada’s, if not the world’s, best guitarists, Jeff Healey.

This is Episode #153 of the Welcome! podcast. Tom Stephen and I discussed:

If you liked this episode with Tom Stephen you may also like these: