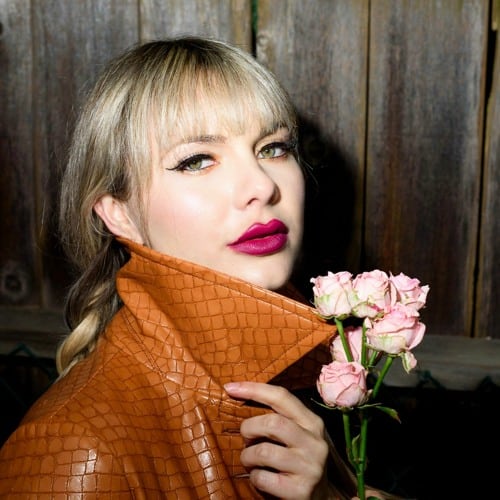 Prior to the release of her new album, SET THE FIRE, Kandle joined Gregg Tilston and Karim Kanji from her home in BC to chat about music, her career, videos, her new music and her love of dogs and the comedy, Curb Your Enthusiasm.

Kandle’s mastery of music comes as no surprise, having collaborated with some of Canada’s finest songwriters, including Sam Roberts, Coeur de pirate, Peter Dremanis (July Talk) and Devon Portielje (Half Moon Run), in her impressive career to date — which also includes a Video of the Year JUNO nomination, a Prism Prize award for her Not Up To Me music video, and a Canadian Independent Video Award nomination for 2020 single, Lock and Load. Kandle also starred in Jack White’s 2018 video for Corporation, and her music was recently featured in Netflix’s, Tiny Pretty Things. Growing up in the music industry as the daughter of Canadian rock royalty Neil Osborne of 54-40 has provided Kandle’s artistry with a unique insight. She brings a seasoned performance to every line and every word, channeling over a decade of touring the globe into music that’s familiar yet undeniably her own.